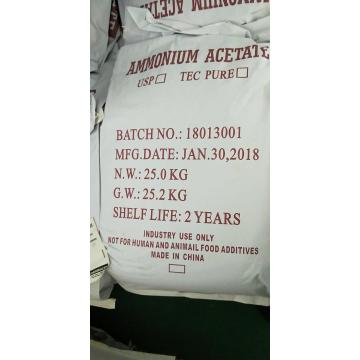 Ammonium acetate (also called Ammonium acetic acid salt), known as spirit of Mindererus in aqueous solution, is a chemical compound with the formula NH4CH3CO2. It is a white, hygroscopic solid.

As the salt of a weak acid and a weak base, ammonium acetate is often used with acetic acid to create a buffer solution. Ammonium acetate is volatile at low pressures. Because of this, it has been used to replace cell buffers with non-volatile salts in preparing samples for mass spectrometry. It is also popular as a buffer for mobile phases for HPLC with ELSD detection for this reason. Other volatile salts that have been used for this include ammonium formate.

NH4C2H3O2 is occasionally employed as a biodegradable de-icing agent. Ammonium acetate is useful as a catalyst in the Knoevenagel condensation and as a source of ammonia in the Borch reaction in organic synthesis.

As a protein precipitating reagent.

In dialysis as part of a protein purification step to remove contaminants via diffusion.

In agricultural chemistry used as reagent for determination of soil CEC (Cation Exchange Capacity ) and determination of available potassium in soil, the ammonium ion acts as a replacement cation

Ammonium acetate is also used as a food additive as an acidity regulator; INS number 264. 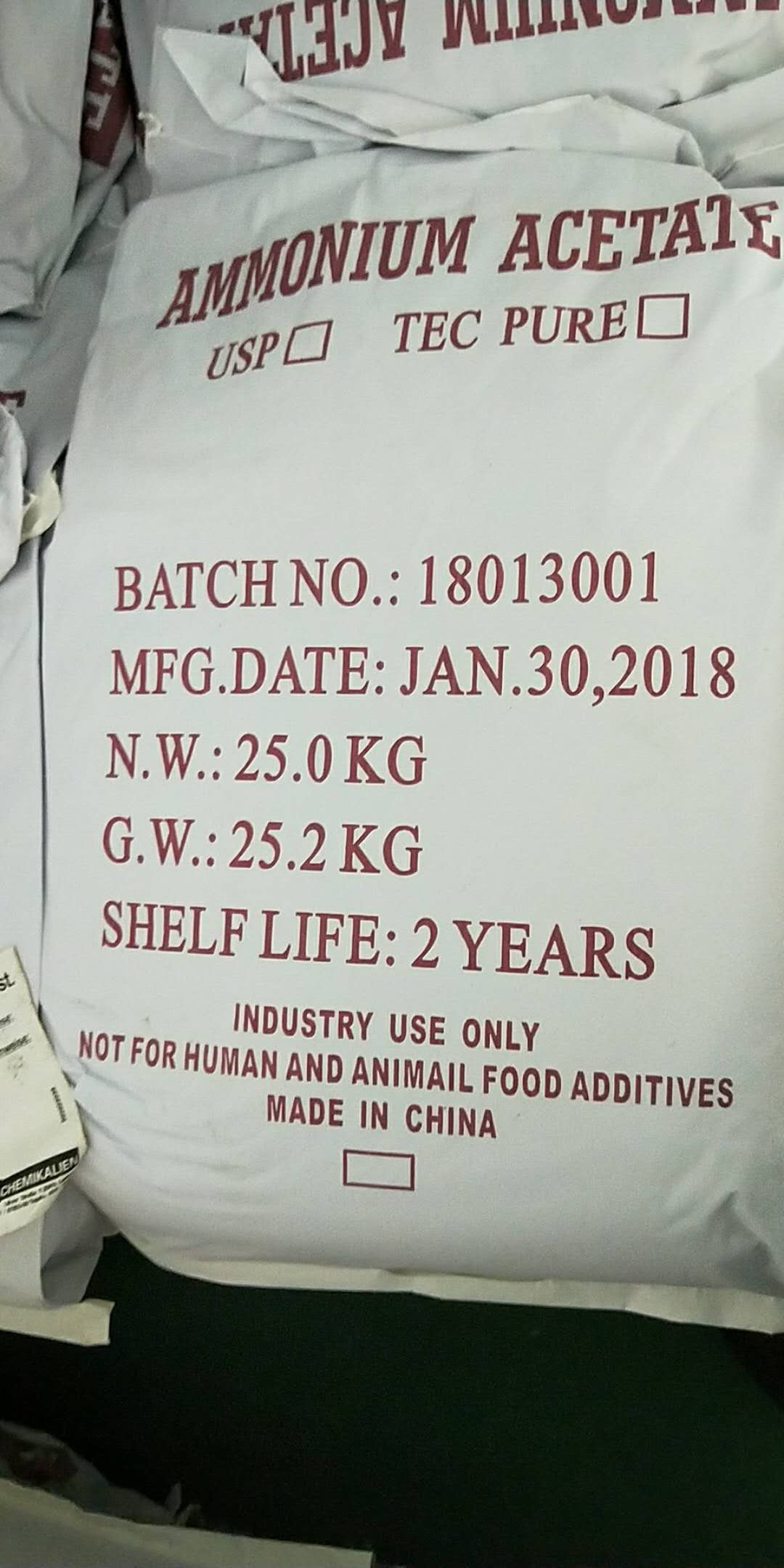 Jiangsu Kolod Food Ingredients Co., Ltd. is a leading manufacturer of high-purity chemicals in China. We produce phosphates, sulfates, chlorides, citrates etc. mainly food and pharma grade. We have passed ISO 9001, ISO 14001, ISO 22000, KOSHER, HALAL, GMP, FDA certifications. There are 12 workshops in our factory, and we produce dozens of products. Our production capacity is 200,000MTs/year. With stable and superior quality, we have been authorized supplier of Coca-cola, Nestle, Mars Group, Brenntag for years.

Email to this supplier